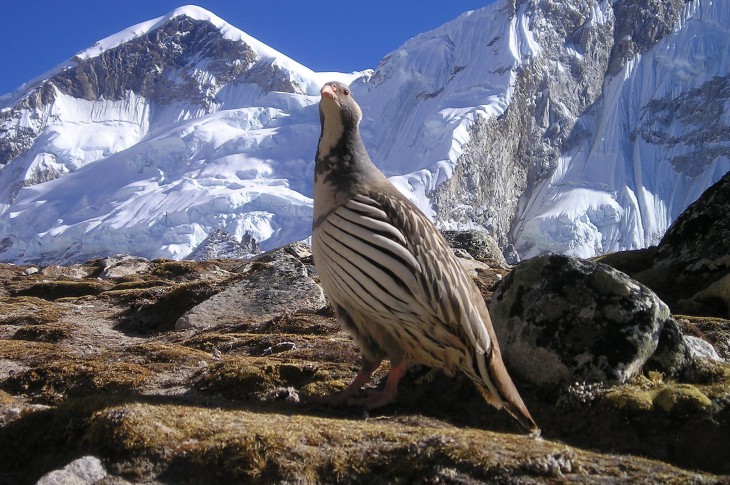 Kathmandu – Pokhara Tours is Culture & Nature tour operated by scenic Mountain Travels with short time Period Kathmandu, the capital city of Nepal, is one of the world's oldest cities. The old part of the city, with narrow medieval streets and lovely little shrines, centers on the Durbar Square. Here one can find distinctive pagoda-roofed temples, stone sculptures, old monasteries and historic monuments. It is in a beautiful green valley that is home to three major cities: Kathmandu, Lalitpur and Bhaktapur. The city is very rich in its cultural heritage and is full of ancient historical monuments

Pokhara a magnificent valley of lakes and mountains is the second largest tourist destination in Nepal. The valley is - among other things - popular for very close views of the Himalayas, including Mt. Machhapuchhre (Fishtail), the Annapurna massif and other greatest mountains belongings to the Annapurna Ranges.

Pick-up from international airport by scenic Mountain Travel representative then Transfer to Hotel After check-in at Hotel we will given you short briefing about your Tours then goes for sightseeing if time not available will visit next morning. Visit Pashupatinath temple..Pashupatinath temple  is the one of the biggest Hindu temple of Lord Shiva in the world located on the banks of the Bagmati River in the eastern part of Kathmandu, the capital of Nepal. The temple served as the seat of national deity, Lord Pashupatinath, until Nepal was secularized. The temple is listed in UNESCO World Heritage Sites list. After visit to Pashupatinath you will visit

Boudhanath stupa. Boudhanath  (also called Bouddhanath, Bodhnath or Baudhanath or the Khasa Caitya) is one of the holiest Buddhist sites in Kathmandu, Nepal. It is known as Khasti by Newars as Bauddha or Bodh-nath by modern speakers of Nepali Located about 11km (7 miles) from the center and northeastern outskirts of Kathmandu, the stupa's massive mandala makes it one of the largest spherical stupas in Nepal. It is one of the most popular tourist sites in the Kathmandu area overnight at hotel.

After Breakfast Drive  to pokhara via Manakamana by private vehicle on the way lunch at Malekhu / Manakamana Cafe & Continue Drive  to Pokhara. [ On way you rafting point you can do adventure for rafting but you need book before 1] days  Evening free. overnight in Pokhara

Early morning 0500 am Deive to Sarangkot ( 1 hrs) for Sunrise Views from Sarangkot you can see the Annapurna Himalaya  , Annapurna Range & great views of sunrise. Then return back to the hotel for breakfast after breakfast Sightseeing at Gupteshor cave ,Dived fall, Bat cave etc afternoon lunch in to the hotel & evening free for Boating in to The Fewa Lake Overnight in to the Hotel & dinner.

Early Drive Back to Kathmandu same way [you can choices there is Flight Is available you can come pokhara to Kathmandu by flight] upon arrival transfer to Hotel after check in sightseeing of Swoyambhunath stupa. (UNESCO World heritage site in 1979) The Swoyambhunath area possesses the stupa but many temple, shrines, Tibetan monasteries, statues of different gods. There is a small forest nearby the stupa which homes the red macaque monkey that mostly feed on the items offered by the devotees. Some of the Tibetan exiles in Nepal live nearby the Stupa. The Buddhists visit the Stupa for religious region, but everyone interested in mysticism, tantra, spirituality, ancient sculptures, & fine arts should not miss visiting the site.

Kathmandu Durbar Square The Durbar Square is called the Hanumandhoka, the Monkey God’s Door in Nepal, named so after the Monkey God Hanuman. The area is also known as Basantpur, the place for celebrations and festivals. The UNESCO enlisted the Durbar Square area as the World Heritage Site in 1979. The famous temples and monuments around the area are Taleju Bhavani, Kal Bhairav, Nautale Durbar, Coronation Nasal Chowk, and the Gaddi Baithak.

Other famous landmarks around the area are the Temple of Living Goddess Kumari, the wooden temple of Kasthamandap, Ashok Vinayak. There are also museums inside the Durbar Square Palace.  After Visit Drive back to hotel then free Evening Nepal Typical Dinner with Nepal Culture Show overnight in Kathmandu

After Breakfast Departure from Kathmandu as per your Flight Time

2 Night Accommodation in Kathmandu as per your Hotel Category

2 Night Accommodation in Pokhara as per your Hotel Category

English Speaking Guide during the Sightseeing

Nepalese visa (on arrival up)

Extra expenses of loss due to nature and unforeseen events