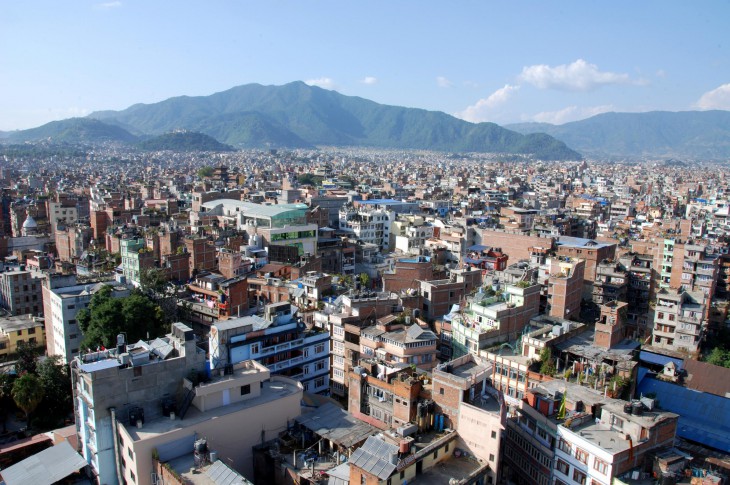 Kathmandu, the capital city of Nepal, is one of the world's oldest cities. The old part of the city, with narrow medieval streets and lovely little shrines, centers on the Durbar Square. Here one can find distinctive pagoda-roofed temples, stone sculptures, old monasteries and historic monuments.

It is in a beautiful green valley that is home to three major cities: Kathmandu, Lalitpur and Bhaktapur. The city is very rich in its cultural heritage and is full of ancient historical monuments.

Pick-up from international airport by scenic Mountain Travel  representative then Transfer to Hotel After check-in at Hotel we will given you short  briefing about your Tours Overnight at hotel.

Boudhanath  (also called Bouddhanath, Bodhnath or Baudhanath or the Khasa Caitya) is one of the holiest Buddhist sites in Kathmandu, Nepal. It is known as Khasti by Newars as Bauddha or Bodh-nath by modern speakers of Nepali Located about 11km (7 miles) from the center and northeastern outskirts of Kathmandu, the stupa's massive mandala makes it one of the largest spherical stupas in Nepal. it is one of the most popular tourist sites in the Kathmandu area, Next destination is Swoyambhunath stupa.

(UNESCO World heritage site in 1979) The Swoyambhunath area possesses the stupa but many temple, shrines, Tibetan monasteries, statues of different gods. There is a small forest nearby the stupa which homes the red macaque monkey that mostly feed on the items offered by the devotees. Some of the Tibetan exiles in Nepal live nearby the Stupa. The Buddhists visit the Stupa for religious region, but everyone interested in mysticism, tantra, spirituality, ancient sculptures, & fine arts should not miss visiting the site.
Day 03: Kathmandu Sightseeing

After Breakfast start to Kathmandu City sightseeing of Bhaktpur Durbarsquare which is the old famous Durbarsquare .Bhaktapur also Bhadgaon or Khwopa  is an ancient Newar town in the east corner of the Kathmandu Valley, Nepal. It is located in Bhaktapur District in the Bagmati Zone. It is the third largest city in Kathmandu valley and was once the capital of Nepal during the great Malla Kingdom until the second half of the 15th century.

Visit to Patan. Also known as Lalitpur, the city of beauty is separated from Kathmandu only by the Bagmati River and is the second largest town in the valley. Lalitpur is fragmented from other cities due to its substantive architectural ancient masterpieces. Patan's central Durbar Square is absolutely packed with temples: It’s an architectural center point with a far greater concentration of temples per sq. meter than in Kathmandu or Bhaktapur. Within the city also lies the Tibetan refugee center, home to most of the valley's Tibetan population.  While technically refugees, the Tibetans are some of the wealthiest people in the valley because of the carpet industry they operate.  For those looking to bring home a fine Tibetan carpet, this is the place to shop.

Kathmandu Durbar Square The Durbar Square is called the Hanumandhoka, the Monkey God’s Door in Nepal, named so after the Monkey God Hanuman. The area is also known as Basantpur, the place for celebrations and festivals. The UNESCO enlisted the Durbar Square area as the World Heritage Site in 1979. The famous temples and monuments around the area are Taleju Bhavani, Kal Bhairav, Nautale Durbar, Coronation Nasal Chowk, and the Gaddi Baithak.

Other famous landmarks around the area are the Temple of Living Goddess Kumari, the wooden temple of Kasthamandap, Ashok Vinayak. There are also museums inside the Durbar Square Palace.  After Visit Drive back to hotel then free Evening Nepal Typical Dinner with Nepal Culture Show

After Breakfast Departure from Kathmandu for your Next Destination / International Airport

3 Night Accommodation in Kathmandu as per your hotel category